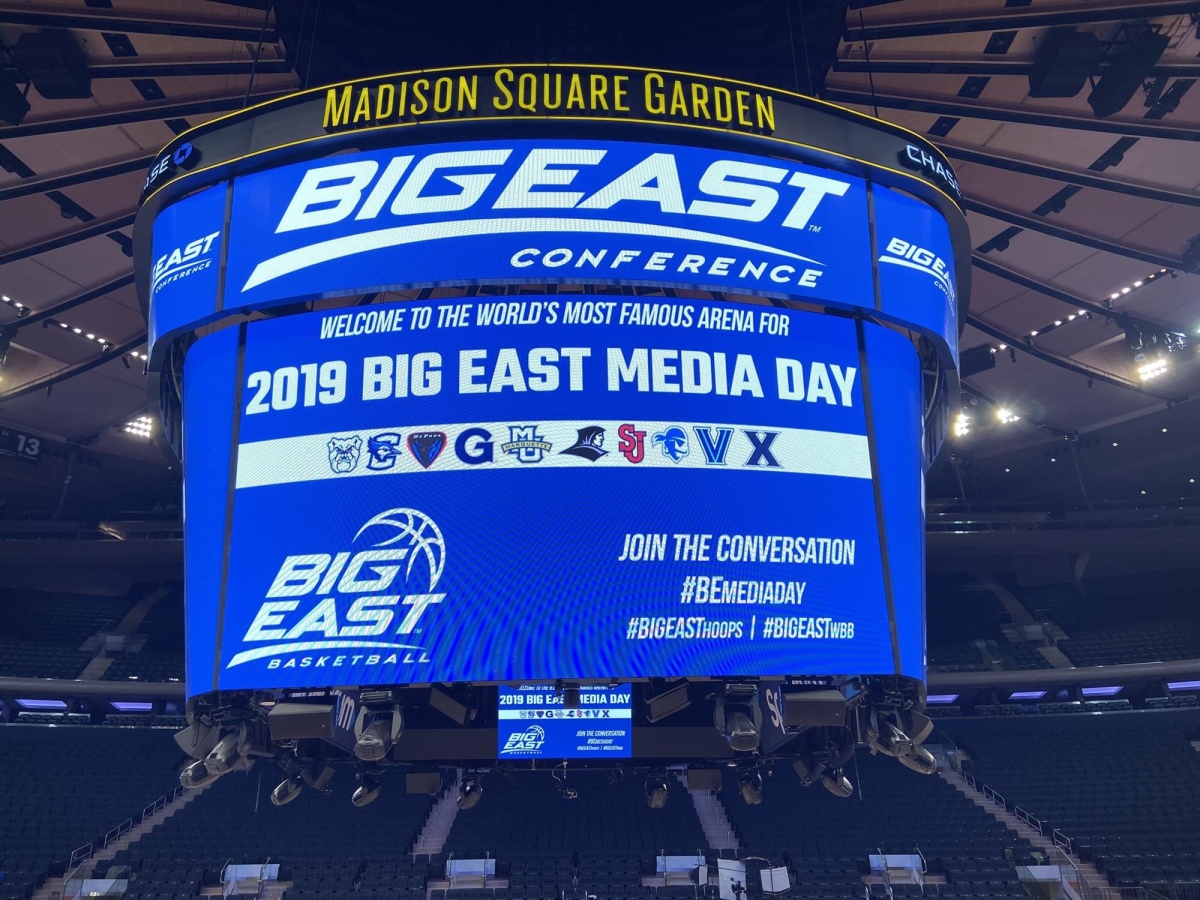 The Big East Media Day came and went. With the COVID pandemic this year’s media day was done virtually instead of the typical big event at MSG. While it didn’t seem to have that same media day feel and we didn’t get Pip chirping Mac McClung there was still plenty of news for the Friars. We break it all down below.

The Providence Friars come in third behind Villanova and Creighton. Most preseason rankings had them in the 3-5 range, so this isn’t overly surprising. What this does illustrate is that other coaches see this team as a legitimate NCAA contender and one that could do serious damage in the conference. In case you didn’t notice, UCONN was slotted one spot below them.

One random comment: I anticipate Xavier to finish higher than 7, where they were ranked preseason. They may have lost some key players last year, but plugged those holes with transfers and emerging young talent.

I thought it would be between Gillespie and Zegarowski, so no surprise here. Watch out for Sandro from Seton Hall and David Duke to challenge for this title by season’s end.

No surprises here again. Marquette brought in an excellent recruiting class, highlighted by Garcia. With the exodus of players from Marquette, Garcia will see the floor immediately and have a chance to put up big numbers for the Golden Eagles.

No brainer with Duke as a first team, but I admit I was surprised to see Watson here over a fellow Friar in AJ Reeves. If Watson can stay healthy and out of foul trouble, he has shown the ability to be the most dominant big man in the Big East.

This is the biggest news coming out of today for the Friar program. With Goodine eligible, it provides more depth to the backcourt for Bynum, Duke, and Reeves, while allowing freshman Breed to not be thrust into playing time before he is ready.

We wrote about it earlier today.

With COVID still ever-present, the Big East released their schedule through year end 2020.

The Friars will have tough out of conference games during the Asheville Invitational* and also square off against TCU. They then dive into the Big East Season with home games against Xavier and UCONN, followed by away games at Seton Hall and Butler. While the Friars are lucky to not face a Villanova and Creighton to start Big East season, they will be the majority of teams in those first few games expected to finish middle of the pack in Big East. It will be a nice litmus test for the Friars.