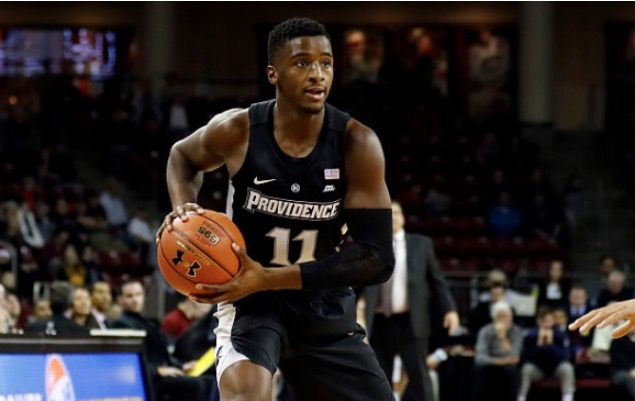 I’m writing this post from The Harp in Boston, as I’m going to the Bruins tonight and know I won’t be able to write a post after the game. So please excuse any grammatical errors or stupid takes, as I’m doing my best here. PC takes their first visit to the brand new Fisrev Forum Sunday afternoon looking to get a lucrative road win agains the nation’s #15 ranked team. I did a little digging and turns out Fisrev is an American finance technology company, the Crier doesn’t buy it. Fisrev to me sounds Russian, is Marquette University in cahoots with Russia?!?! These are the questions we need to ask! After I plow through these appetizers we ordered I’ll get to my thoughts going into the game.

This could end up being a moot point if Markus Howard can’t suit up but this has to be the biggest key for Ed and the boys. Howard is dealing with a back issue that limited him to only 3 minutes in a win against Georgetown on Thursday, Howard is currently 6th in the nation in points per game. Friartown is very familar with the work of Howard, as he blasted us for 52 points last year. If Howard does end up playing I’m looking at David Duke to be all up in that ass. He’s longer and more athletic than Howard and needs to harrass him all game. I would also like to see us use Watson or Kalif to double him like we did against Myles Powell, it really frustrated another prolific scorer in the Big East. Alright it’s back to the Bud Lights for me!

We are at the first intermission here and the Bruins and Rangers are tied at 1. To set the record straight I’m not a big Bs fans, I’m more of a Cs fan but Bruins fans love their team because of the physical play. Against Marquette that is exactly how PC wants to play. This Marquette team is soft as the Mister Softee truck, Larry David cue the song!

The Friars have got to hit these guys in the mouth and I doubt they will respond. I need Watson, Young and Alpha to be bullies offensively in the paint and the Friars can have a great shot at winning this game. Theo John is absolutely a physical guy but that’s it when it comes to the GoldenThe puck is about to drop for the second period after I’ll give you my last key to the game.

For a Friar offense that tends to go on scoring droughts this is a question we need to ask ourselves. Going into the season and then as conference play began we’ve heard that Marquette is much better defensively. The numbers might suggest this however this is the same team that gave up 94 points to IU, 77 to KU, 85 to  Buffalo, 89 to SJ and 104 to Creighton. I think this Marquette can D up narrative is a crock of shit! Marquette head coach Steve, the wesial bitch boy, Wojekowski said after the Golden Eagles win over Georgetown “The best part about our team is our team”. Aside from the fact that it’s one of the douchiest comments said in sports, I disagree with Coach Woj. The best part about his team is the fact his team’s defense is Swiss cheese! I really hope the Friars can expose the fraudulence that is this Marquette can play D theory.

So after a day going to a Boston Bruins game I’ve made it to the conclusion of this post. I think a lot of this game hindges on the health of Markus Howard. The Friars got lucky when they faced a Texas team without Kerwin Roach and if Howard can’t play the Friars will have a better shot than any to beat Marquette on the road. However if he does play the Friars need all ya da on deck. After the first three conference games I didn’t see a team that could go on the road and upset a ranked team, this past Wednesday is giving me hope.