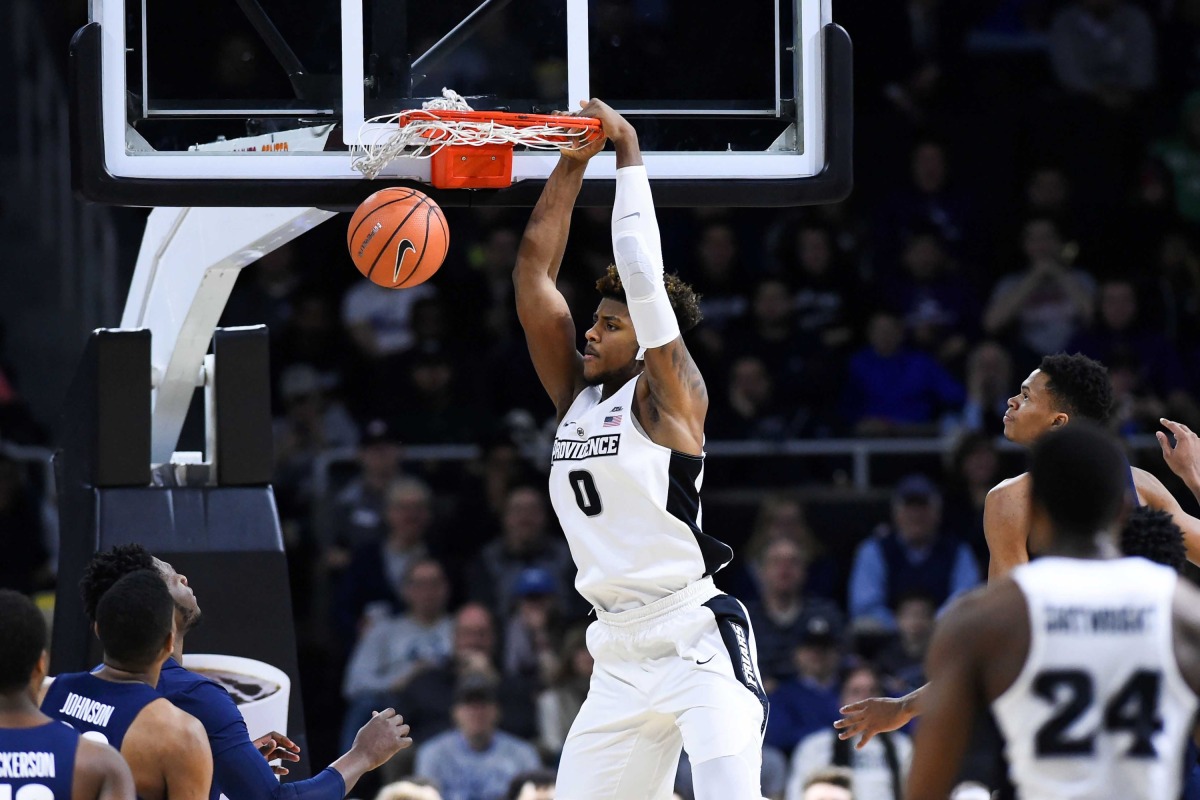 It has been 31 days since the Crier has last written a post. Some have been saying the Crier has given up on the Friars, this just is not the case. I haven’t been posting because I have just been so frustrated with the way things are going. I did want to write a post after every game bitching about how Cooley says the same thing almost every post-game press conference loss or how the team lacks balls or that they have probably the most pathetic offense in America. The biggest thing I would have been consistently writing about would be how the team seems to lack pride and sometimes don’t even show up. I didn’t want to put you all through that, I didn’t want to put myself through that, so I stopped writing. So I return to you just how I left writing a preview about a game versus the Marquette Golden Eagles, the Big East team I hate the most.

The Friars (15-12, 5-9 *yuck*) look to keep the momentum from the St. Johns game going as they host #11 Marquette Golden Eagles (22-4, 11-2) for a Saturday matinee. The last time these two foes met it was D-Wade Day at the Fisrev Forum. Speaking of Dwayne Wade Day does anyone remember watching that game on TV when they would show the Wade family in the stands? You had Dwayne and next to him was Gabby Union, who looks as good as she did in Bad Boys II it’s unreal, and his top high school recruit son Zaire Wade. I’m not sure if the cameraman caught Zaire at a bad time but he looked stoned as beans! The fact it happened twice I feel is not a coincidence, I think he went to a campus party pre-game and took a couple bong rips. Anyways the Friars ended up dropping that game 79-68 but did have an eight-point halftime lead and if they can do some of the things they did in that first half we could have a shot.

Late in his sophomore season, big man Nate Watson is really starting to emerge as a force to be wrecking with. While he wasn’t as quick of a bloomer as Ben Bentil, big Nate is starting to become the newest Beast of the Big East. We saw flashes of this last season as the above video can attest to but he is really starting to be a more consistent player. It isn’t his touch around the rim or athletic explosion that has improved, he’s always had that, it’s his improved ability to rebound the ball and defend without fouling, which keeps him on the floor, that’s causing his recent great play. Coming off probably the best game of his career the Friars need to continue to feed the beast. Listen I used to think Theo Jon on Marquette was a punch line, I was wrong, he’s actually pretty good but the Nate needs to bang in the post with him and remain aggressive.

Can Alpha Get Out of Shooting Slump?

Ladies and gentleman Alpha Diallo is in a shooting slump. In his last four games, he’s shooting a horrendous 27% from the floor (13/47) and a comical 14% from three (1/7). Typically I would say maybe the player shouldn’t be shooting 12 times a game if they’re shooting this poorly but with Diallo, we have no choice. Diallo is the best offensive player we have on our team, we need him to shoot and we need him to score. Luckily in the first meeting against Marquette, Diallo had a solid shooting night so hopefully, he can end the slump Saturday. Marquette really doesn’t have a guy that is a good matchup defensively versus Diallo so he could be in for a big game.

Just want to clarify we aren’t actually going to kill the Hauser brothers, just thought I’d be clear because I know how Friartown likes to take things into their own hands. While Markus Howard gets all the praise and deservingly so it is Sam and Joey Hauser that we need to focus on Saturday. In the first meeting, the Hausers combined for 36 points, including 20 from Joey in the second half. Seriously fuck the Hausers! They could be good guys and maybe their parents are lovely people but they represent everything I can’t stand about this Woj led Marquette team. It’s typical Woj trying to copy Coach K and get a family line to play for this program, like the Plumlees and like the Jones’. So in summary defensively focus on the Hausers, and fuck Marquette.

At this point of the season, I see the Friars making the NCAA tournament in one of two ways. Either they have to win out the rest of the regular season and make the Big East Tournament title game or they just win the Big East Tournament. Both paths seem unlikely but Saturday could go a long way for these Friars. After Wednesday’s convincing win over St. Johns all is not fixed for the Friars. The emotional meltdown and the individualistic style of play of the Johnnies are what propelled the Friars to a win but we got some momentum. It’s alumni/family weekend in Friartown, the game will be sold out, and if the Friars play well the place will be rocking. GIVE ME THE FRIARS! IM BACK BABY!