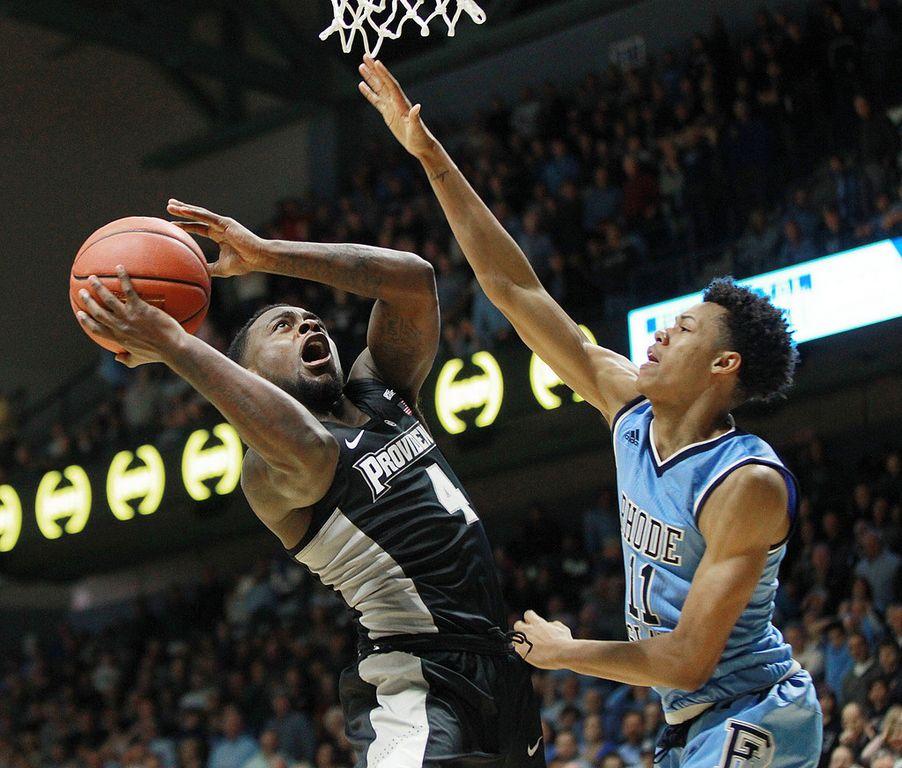 The 129th installment of the Battle for the Ocean State will tip off Saturday between the Providence Friars and the Rhode Island Rams. The Friars (5-2) will look to avenge a 75-68 loss to URI last year in front of a sold-out Dunkin Donuts Center that for sure will be rocking. PC had previously taken the prior 7 contests vs Rhode Island before last year’s defeat and will no doubt be out for vengeance. For the Rams (3-2) it will be the first time the rivalry will be coached by David Cox, with Danny Hurley taking is talents to Storrs, CT this past offseason. In my opinion, PC vs URI is the best collegiate rivalry in New England; fuck Harvard vs Yale, no one actually cares about FCS football. I can’t wait to get down to the Dunk to watch this one but while I do here are my thoughts regarding the game.

Last year’s Battle of the Ocean State it was a freshman that took center stage in the rivalry. URI’s Fatts Russell came off the bench and scored 20 points for the Rams. Russell’s scoring punch was just what the Rams needed to get over the hump and snap the Friars 7-game win streak. The Friar freshman didn’t go unnoticed in the game either, as Makai Ashton-Langford arguably had his best game in a PC uniform and Nate Watson came off the bench and poured in 10 points on 4/4 shooting. It’s always exciting to see how the freshmen are going to react in what will be the biggest atmosphere of their collegiate careers. It’s also very likely that a freshman will make a big impact in this game as well with 4 combined starters being rookies. For PC it will be the first time Providence native David Duke Jr will take part in the rivalry and I expect him to show up for the occasion. AJ Reeves has shown that he isn’t afraid of the big stage at all and I will look for him to assert himself offensively as well. Jimmy Nichols will probably just be good for a monster dunk and a block or two like he is in every game. On Rhody’s side, they have freshman big man Jermaine Harris in their starting five. Harris was an ESPN100 recruit and David Cox convinced him to stay in Kingston after Danny Hurley left. Look for the matchup between him and Nate Watson to be a big one. Tyrese Martin is another freshman for URI that gets good minutes off the bench. Look for the freshman in this game to make an impact.

It is a great question to ask because heading into this game the URI Rams are ranked 313th in the country in field goal percentage at 40%. This alarming number brings up the question as to what type of defense Ed Cooley is going to play. One would think that you just play zone against URI and dare them to make shots against you. However, knowing Coach Cooley he will probably start off in man and then switch to a zone if the game lends itself to do so. URI is going to want to attack the basket and get to the free throw line because while PC isn’t the greatest shooting team, the Rams don’t want to get into a shooting contest with the Friars.

Battle of the Frontcourt

While the past few PC URI games saw great guard play being the key to victory it could be the frontcourt that plays a pivotal role this year. Some may say that junior guard Jeff Dowtin (17.2 ppg) is URI’s best player but in my opinion its the big man Cyril Langevine. The guy is a walking double-double, as he has recorded the feat in the previous four games. In his last game out against Brown, Langevine went for 19 points and 17 rebounds, the guy is a beast.  A knock on Langevine is that he commits a ton of turnovers for a big man, so look for the Friars to try and double him in the post and force him to make an errant pass. Its really going interesting to see him and Harris go at it down low against Kalif Young, Nate Watson, Jimmy Nichols and maybe even Emmitt Holt. On top of all of that, you have Alpha Diallo lurking in the frontcourt and I don’t see anyone on URI that can stop him. With his improved 3-point shot (42%) and crafty ability to score off midrange and on post-ups Diallo is becoming a matchup nightmare for any opposing defense.

The Crier was in Kingston for last year’s game and it was an experience I’d like to forget. Having to leave the Ryan Center with hundreds of people chanting “Fuck PC” was humiliating and infuriating. We do not lose to URI. URI is baby brother. URI is our bitch. That is why I would like nothing more for the Friars to come to the Dunk late Saturday afternoon and blow the doors off of URI. For the Friars to go in there show off their superior athleticism and just dominate the Rams in every facet would just make my day. However that is not the Battle for the Ocean State, this game has been a close game since 2012. It is going to be a highly competitive game and it will be a dogfight. Fortunately for the Friars, we got the better players, the better coach, and homecourt.