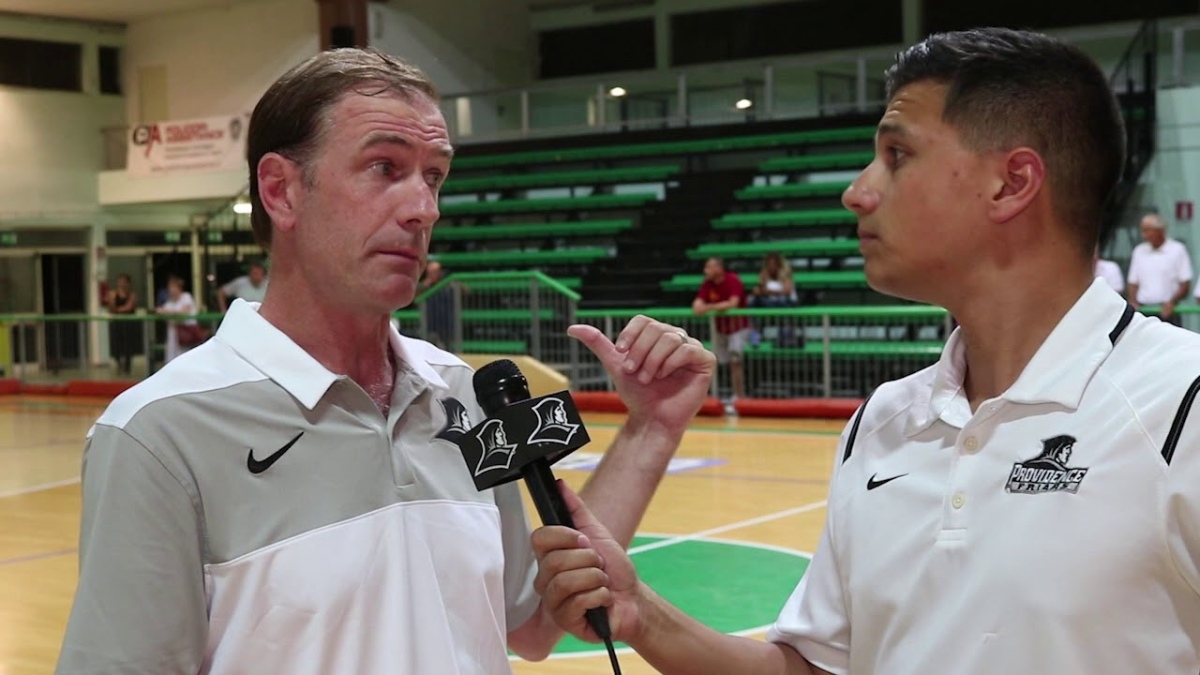 Over the past week, the Providence Friar staff has been busy with new offers. To our knowledge, the staff have offered the following players recently: Jahmari Hamilton-Brown, George Turkson, Kur Teng, and Enkhiin-Od Michael Sharavjamts. We analyze each of these players individually below and take a holistic view of what these offers mean for the Friars program.

It is important for a basketball program like Providence to maintain a healthy pipeline to AAU programs that consistently produce high level D-1 talent. Mass Rivals fits the mold here. Providence has had a lot of success historically with this prominent AAU program with David Duke Jr., A.J. Reeves, and Makai Ashton-Langford all enrolling and playing in Providence. There had been a bit of lull with Mass Rivals players heading to Friartown, as recent alums of Mass Rivals that would appear to be good fits with Providence chose to enroll elsewhere. The names Gianni Thompson (Boston College), Jordan Geronimo (Indiana), and Dallion Johnson (Penn State) all ring a bell as local “misses” by the Providence staff.

Thus, it is no coincidence that 3 high school players from the state of Massachusetts with ties to Mass Rivals announced an offer from Providence College at the same time earlier this week. This is a strategic and savvy move by Providence to reiterate how important local players are to the Friar staff. If the Providence staff can have significant in-roads with premiere AAU programs in the Northeast and North Carolina, it will drastically ease the burden that is recruiting. It appears with these offers that Mass Rivals remains of the utmost importance (as it should be), while the landing of Rafael Castro and Jayden Pierre signifies PC trying to be more of a presence with Team Rio in New Jersey. This is an obvious oversimplification, but if either program has a player that can play at the Big East level, Providence should make an earnest effort to land them. The 3 offers to the Massachusetts players illustrate that Cooley and staff understand this.

Reloading the “Wing” Position for 2022 and Beyond

With the inevitable departures of A.J. Reeves and Justin Minaya due to eligibility being exhausted, along with the transfers of Greg Gantt, Kris Monroe, and Jyare Davis, the wing position at Providence is extremely thin after this year. Thus, it is no surprise that Providence is handing out an abundance of offers to wing-type players.

George Turkson is a Class of 2024 guard that plays for Mass Rivals. Although he is still developing, his size at 6’6 and 180 jumps off the page. He has a few high major offers right now from Rutgers and Texas A&M, but I love Providence getting in relatively early with this local prospect. A strong year from Reeves will help us in this recruitment, in my opinion.

Kur Teng is another 2024 wing/shooting guard from the Mass Rivals program. He is a bit more physically put together than Turkson at this time, but lacks the height of George at 6’4. Teng’s offers have a bit more of a local flavor with Rutgers and Seton Hall extending offers. Clemson is also in the mix.

Class of 2024 SG Kur Teng (@KurTeng3) is one of the best young prospects in #3SSB for @RivalsNation! pic.twitter.com/19Q0ZWI0lg

Jahmari Hamilton-Brown is a 6’6 wing from the class of 2023. There isn’t as much out there about Hamilton-Brown, but again the size and wing capabilities reiterate the theme of reloading on the perimeter with big-bodied guards.

Last, but not certainly not least, is 2022 wing Enkhiin-Od Michael Sharavjamts. Going by Mike, he hails from Mongolia and has come onto the radar of college programs fairly recently. Watching some of his game, he has a really natural feel on the court, with a smoothness and fluidity that I wasn’t necessarily expecting. He is going to need some time to develop physically, as he’ll likely get bullied in the Big East as an underclassmen, but the traits are certainly there. It’s tough to find a wing his size that can handle the ball with ease, stroke it from deep, and attack the rim. I presumed our 2022 high school class was finished, but this would be a fantastic addition to the Pierre, Essandoko, Berry class that would minimize the gap in our roster on the wing.