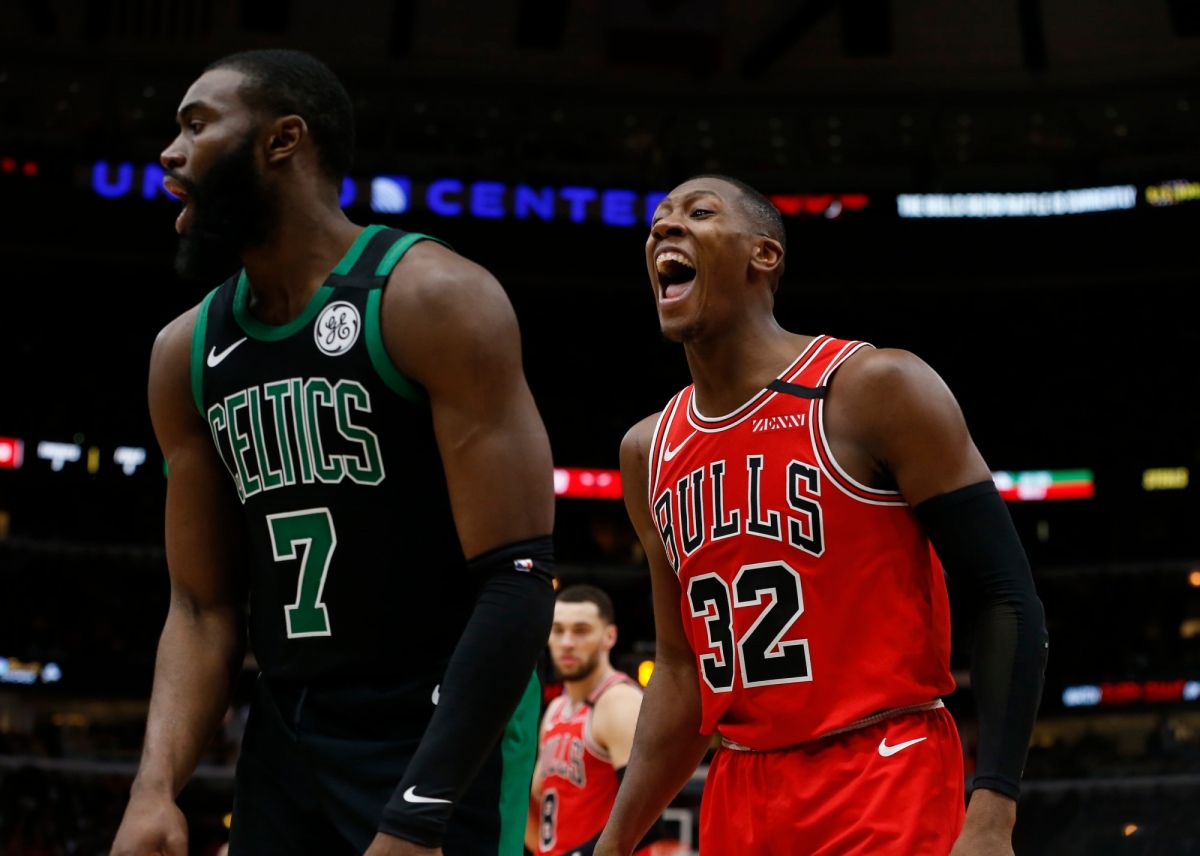 As some of you may know by following me on Twitter, the Crier is not only a big Friar fan but professionally roots for the Boston Celtics. Well both worlds collided at the end of July, as it was announced that the Boston Celtics would be acquiring Kris Dunn in a three-team trade with the Atlanta Hawks and Sacramento Kings.

The Cs have that boring draft and turn around today and do something like this… AND TOTALLY REDEEMED THEMSELVES! Welcome to Boston @KrisDunn3 ! #pcbb #GoFriars

I got the news while sitting in bumper to bumper traffic on my way to going to the beach for the weekend and clearly was ecstatic. And it was for more reasons than the obvious. Getting to watch Kris Dunn on a regular basis again is the obvious reason to be pleased but the guy they sent packing for him made it that much sweeter. I’ve always hated Tristian Thompson from his Cavs days but when he signed with Boston last offseason I was willing to have start fresh with him. It didn’t take long for me to dislike him again. Just can’t stand his attitude and work ethic, and while I’ll admit he was excellent in the Celts one playoff win vs the Nets, think he was a net negative for the team. As a fan it was the first line of business I wanted the team to do in the offseason, ship him off for a bag of Spauldings for all I care. Yet instead of getting a bag of basketballs they got one of the greatest Friars to put on the black and white, to quote Borat the move was “a great success”.

Now I don’t want to get too excited to watch Dunn don the green this upcoming season, as there are already rumors he could be on the move again this offseason.

I’ve seen this movie before. In the 2011 NBA Draft my Celts ended up selecting Friar MarShon Brooks with the 25th pick. I was jacked up. Not only would a Friar suit up for the professional team I root for but thought MarShon and I were close enough acquittances from my days working for the team that he could hook me up with some tickets. Before I could set any of these plans in motion and as I was placing an order for a custom Celtics #2 Brooks jersey, Chad Ford announced the pick would be headed to the New Jersey Nets as apart of a trade.

So I’m going to hold off on ordering the Dunn jersey for now and see how the rest of the offseason unfolds. Although if Dunn does stay in town it’s going to make for a great winter for the Crier.