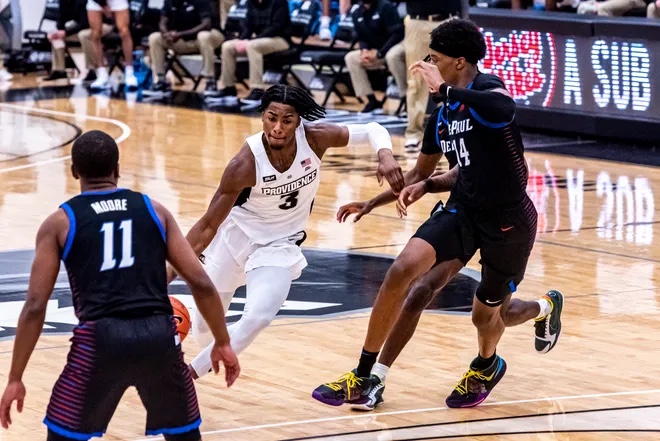 As frustrating as the loss to Butler last week was, the rematch was oh so satisfying. The Friars for the most part dominated Butler as they cruised to a 71-55 victory at Alumni Hall. David Duke led all scorers with 22 points and was one of four Friars in double figures scoring for the evening. Let’s take a look at some of the things that led to the victory.

David Duke Continues Campaign for Big East POY: Duke is playing on another level right now, which is great news for the Friars. Duke not only was scoring at will, but was doing it in a variety of ways. Posting up, 3’s, lay-ups in transition. He can do it all. Keep up this type of play and we’ll have an All-American in Friartown.

Shot Selection Ideal: We’ve beaten a dead horse at the Crier in our request to stop with the three ball being a vital component of this offense. At least in this game, the Friars recognized this and had fantastic shot selection. We have the guards to penetrate in Duke and Bynum, and we have the mass down low in Watson to finish around the rim. It was refreshing to see them deemphasize the three point shot and be selective. It clearly paid off.

Lack of Bench Production: We’ll need to see more from the bench moving forward. You can’t expect Duke and Watson to play approximately 35 minutes a game and not wear down. Cooley needs to have faith in his bench that, when called upon, they can produce.

Best Defensive Effort of Season: This may have been the best defensive performance for the Friars thus far.