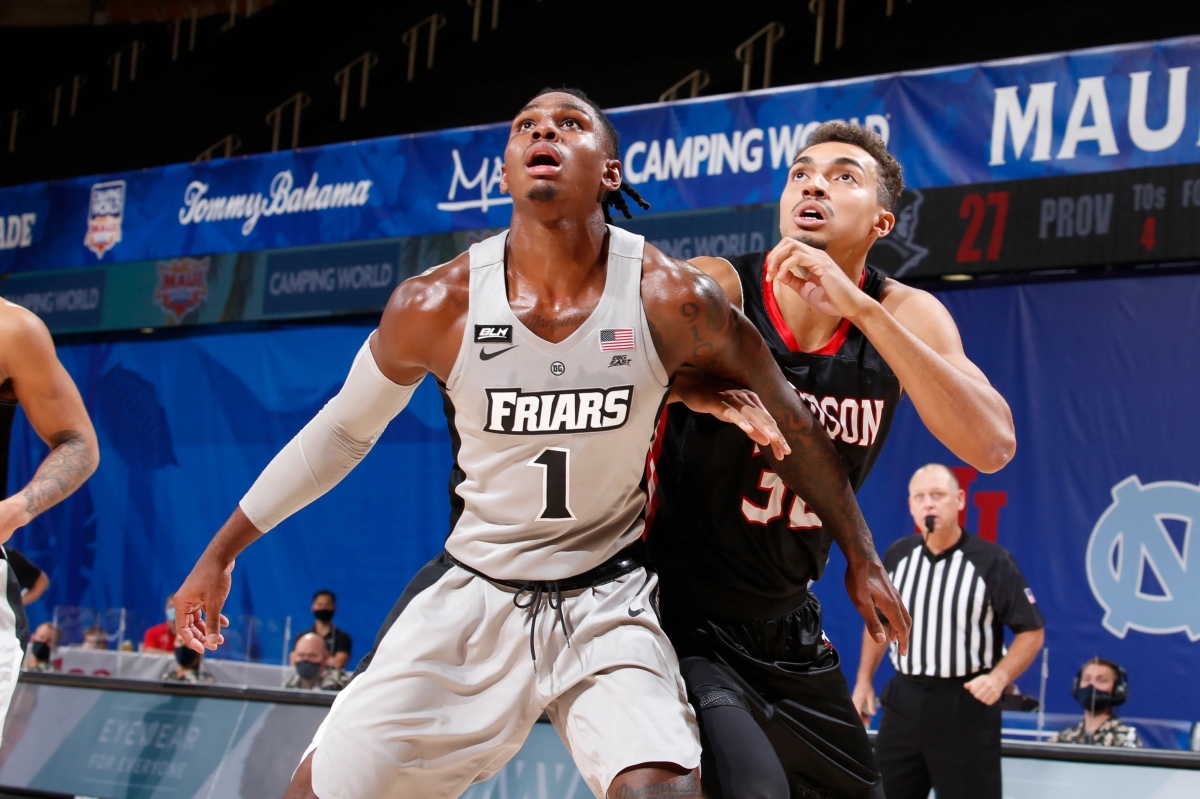 The Friars, barring any COVID scheduling changes, will wrap up their out of conference schedule with a trip to Fort Worth to take on the TCU Horned Frogs. Game will tip Wednesday at 5pm and televised on ESPNU. The game is a part of the Big 12- Big East Challenge.

For the Friars it represents a great opportunity to salvage their non-conference schedule. TCU was picked to finish 9th of the 10-team Big 12. However, the Big 12 is pretty stacked and TCU (4-1) may be better than advertised. They currently are 61st in KenPom and would be a Quad 1 game. Let’s get into some things to consider for this game.

We brought it up on the podcast but a name to know for this one for the Horned Frogs is center Kevin Samuel. Samuel is averaging 9.2 ppg and a staggering 11.8 rebounds and 2.4 blocks per contest. Against Tulsa he had the stat line of 16 points, 18 rebounds and 2 blocks. Despite Samuel’s presence, TCU isn’t a great rebounding team as they rank just outside the top 100. The issue is we all know the Friars have struggled in the rebounding department this year. It will be crucial for bigs Nate Watson, Noah Horchler and Ed Croswell to hold their own vs Samuel. Also, his presence at the rim may force the Friars to take threes. Here is to hoping we can start to make some.

This TCU team has taken a plethora of threes thus far with 122 attempts in 5 games. Luckily for the Friars, TCU struggled to efficiently make threes, averaging 32% from deep as a team. For example, their guard and leading scorer RJ Nembhard is averaging 15.5 ppg but is shooting 21% from deep despite taking the second most threes on the team. The Friars will have to defend sophomore guard Francisco Farrabello on the 3-point line as he is shooting 42% from downtown on 21 attempts. This team reminds me a little bit of the Alabama team we saw; hopefully, the Friars can do a better job limiting the threes made.

There are a few things that have us concerned about this game. The first being the Friars recent track record in a true road game in the non-conference. Anybody remember Northwestern last year? Yikes.

What also is a concern is while the game is a Quad 1 game at the moment, we don’t know how TCU will fare in a loaded Big 12. The loss to Northwestern last year only looked worse as the season progressed. So, it’s really crucial for the Friars to get this victory.

Keys to Victory for Friars

1. Gang Rebound – The Friars need all 5 on the court to make a concerted effort to get the ball. If it isn’t a team effort, TCU will own the Friars on the glass.

2. Please Don’t Repeat the Alabama Blueprint – In our write up on Alabama, we said the key to beating Bama was making sure every 3 was contested. When possible, PC had to run the Tide off the three point line. They did neither of those and lost handily. They can’t do that against TCU.

3. Get Samuel in Foul Trouble – Watson has been a beast on the offensive end. Get Samuel in foul trouble, and the identity of TCU is completely altered. This also feeds into the theme post-Maui of ensuring Watson gets a touch every offensive possession.

Crier– PC 72 TCU 68- despite concerns that I have the law of averages has PC due for a good or at least decent shooting night. On paper the Friars seem to be the better team but as we know they’re played on a court, not a piece of paper. Think David Duke can will his team to victory in this one. Also the Friars tend to play with more defensive intensity on the road.