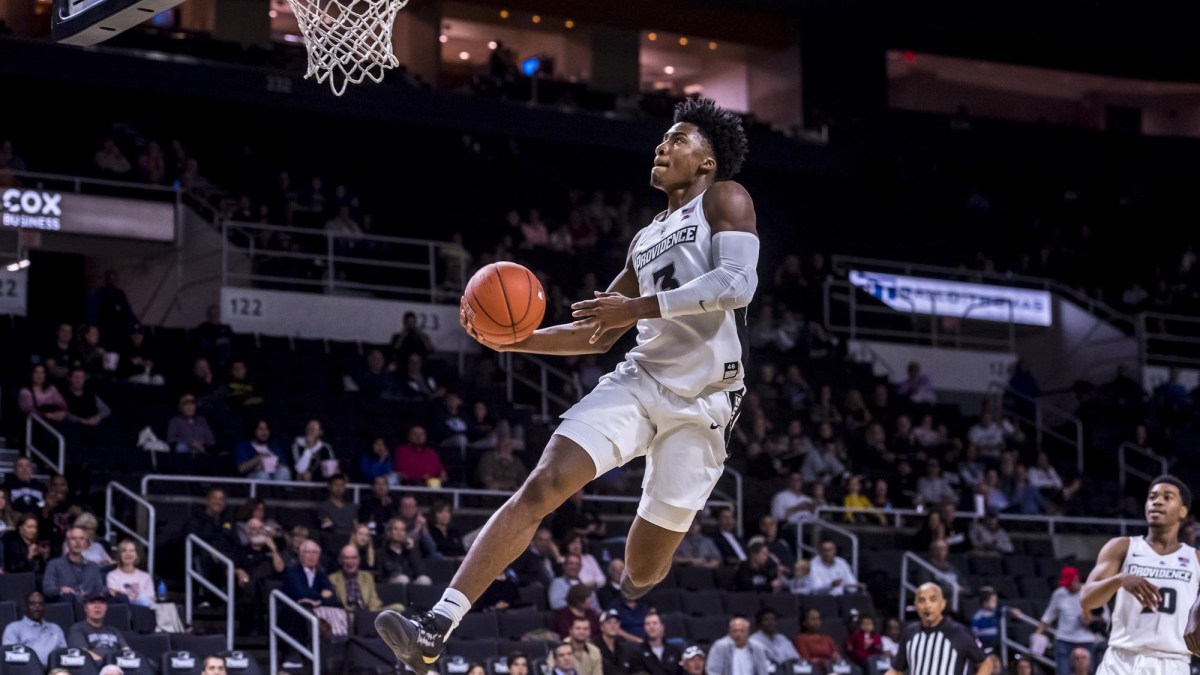 I saw this topic posted on the 247 message board, and the Crier and I chose to tackle it on our own. Crier and I decided to choose a handful of predictions for the upcoming season. I’d define bold as unexpected, but a possibility. For instance, saying AJ Reeves leads the team in three pointers made isn’t a bold prediction. And with the Big East new year beginning today we felt it was a good time to share our predictions.

Here are my predictions:

1. Jimmy Nichols starts at the 4 position over Noah Horchler and Greg Gantt – I think everybody is assuming it is a foregone conclusion that Horchler or Gantt start at the 4 spot. It wouldn’t surprise me at all to see Nichols take that starting spot. He has that length and athleticism with the potential to be a matchup nightmare on offense for traditional 4 men. His defensive capabilities are well known, and he may slot into that 4 spot to help Watson in the front court on defense.

The days of two traditional back-to-the-basket big men are gone so any of the three options will serve as a nice complement to Watson. All 3 are more of your stretch 4, modern bigs.

With my prediction, this doesn’t mean Horchler and Gantt are relegated to spot minutes. If this scenario plays out in this manner, Horchler is the primary back-up for the 4 and 5 spots, with Gantt being a back-up for the 2-4 spots.

However this shakes out, I expect all 3 to get 15-20 minutes a game at a minimum. Providence has a ton of depth at the 3-4 spots.

2. David Duke Jr. wins Co-Big East Player of the Year with Collin Gillespie while also winning Big East Defensive POY – I’m not sure if there is a Providence fan higher on Duke than I am this year. I think he has the potential to string together a 17 point, 5 assist, 5 rebound stat line this year, and will flirt with triple doubles throughout the year.

With Diallo and Pipkins no longer on roster, Providence will lean on Duke to be the leader, and I think he takes a massive jump his junior year.

I see this breaking out in a similar fashion to 2014 when Dunn and Arcidiacano shared the POY title with Dunn winning DPOY.

3. Nate Watson puts it all together his senior season, averages 14 and 8, and is a first team all Big East player.

Providence fans are well aware that Watson can take over a game. That isn’t a surprise. What has been Watson’s issue is stringing together consistent dominant games. Watson will have a game where he puts up 16 and 10 and the next game fouls out with 6 and 4.

If you are looking for a player comparison who made a similar jump, look no further than recent Xavier graduate Tyrique Jones. He went from his junior year of 11 and 7 to 14 and 11 his senior year.

In his senior year, Watson finds a sense of urgency and is considered one of the top big men in the Big East. With a lot of the big men graduated or gone from last year (Yertzseven, Jones, Gil), Watson and JRE from Nova will slug it out for top big man honors.

Providence fans are anxious to get “on the board” with a first commit. I think we’ll look back and laugh at the concern, as Providence will land a strong 4 man recruiting class, with 3 of those players being top 150 recruits. It will be one of Cooley’s strongest classes to date.

1. There will be a Maui invitational and the Friars WILL Win It- Ever since I was a freshman at Providence College I dreamed of the Friars being in the Maui Jim Maui Invitational. The “preseason” tournaments of college basketball is one of my favorite times of year, and the Maui is the cream of the crop. Played in a small gym, Tommy Bahama shirts, and Bill Walton, do I need to say more?! As of now the tournament is still a go and barring COVID ruining something else for me the Friars will be making their third ever trip to Maui— fun fact PC won the inaugural Maui Invitational in 1984.

This year’s field isn’t AS loaded as tournaments in the past but it has plenty of fire power, as UNC, Indiana, Alabama, Texas, Davidson, Stanford and UNLV will join the Friars. If the boys in the desert were handicapping this one I would imagine the Friars would have the 4th best odds. UNC undoubtedly will be the favorite, as they bring a loaded recruiting class to Chapel Hill but don’t write off the Friars. The Friars boast a strong starting 5 and will enter this tournament with a chip on it’s shoulder.

PC played in the Wooden Legacy this past Thanksgiving and it was an unmitigated disaster as they lost to Long Beach State and College of Charleston before squeaking by Pepperdine. The humbling experience dug the Friars a massive hole that took them four months to dig out of. While this team lost 5 seniors from last year’s team there are plenty of contributors still on the roster who don’t want to have the same Thanksgiving that they did last year. You bet your ass Ed Cooley will constantly remind this squad of what happened last year and I think the team will be motivated. COVID may have taken this past season’s NCAA Tournament but it will not take away the Maui and the Friars will end up taking home the hardware.

2. The Friars Will Have 2 Players Make 1st Team All-Big East- This kind of bleeds into BOC’s predictions but I’d have to agree that the prospect is certainly a possibility. I don’t know if David Duke Jr will end up winning Big East POY but strongly feel that he has superstar written all over him. We saw Duke really start to put it all together in the middle of the Big East season, including his 36 point effort at Creighton. The real question is who will join Duke? I think any of the four other starters have the opportunity.

If AJ Reeves can return to the form we saw before injury his freshman year he could find himself in the conversation. With him rising in the pecking order of the offense should provide him plenty of opportunities to pour in the points. St. Joe’s transfer Jared Bynum  has received rave reviews since joining the Friars and he has the opportunity to put up a Kyron Cartwright-like season with his scoring and passing ability. The big men Noah Horchler and Nate Watson will also have the opportunity to have strong seasons. Horchler may be the wildcard with his ability to rebound, score around the basket and extend beyond three. Horchler’s skill set may be a lot like Ben Bentil’s and he was able to have a monster sophmore year en route to a 1st Team All-Big East selection in 2016. That was the last time the Friars were able to have two players receive 1st team honors, the other player of course being Kris Dunn. By adding the Connecticut Huskies it will be harder for teams to send two players to the 1st team but given the fact the Friars project to be one of the better teams in the conference they can certainly accomplish this.

This may be a bit of a stretch as he was only considered a 3-star prospect coming out of Delaware and the Friars had the 9th ranked recruiting class in the conference. It also doesn’t help that the award is called the Rookie of the year and anyone who is in their first year of competition in the Big East is eligible for the award. On top of all that the Providence Friars have never had a player win the Big East Freshman of the Year in their history. So the odds are stacked against Jyare.

The one thing going for him though is the fact that he was a highly regarded recruit early in his high school career but got forgotten about due to injuries that had held him out of AAU competition. Jyare is a very versatile wing who has a nose for scoring around the basket. Also given that this team isn’t the freshman are going to have to step up and contribute more. It seems to me that Davis is a bit of a diamond in the rough and could surprise a ton of people next season.