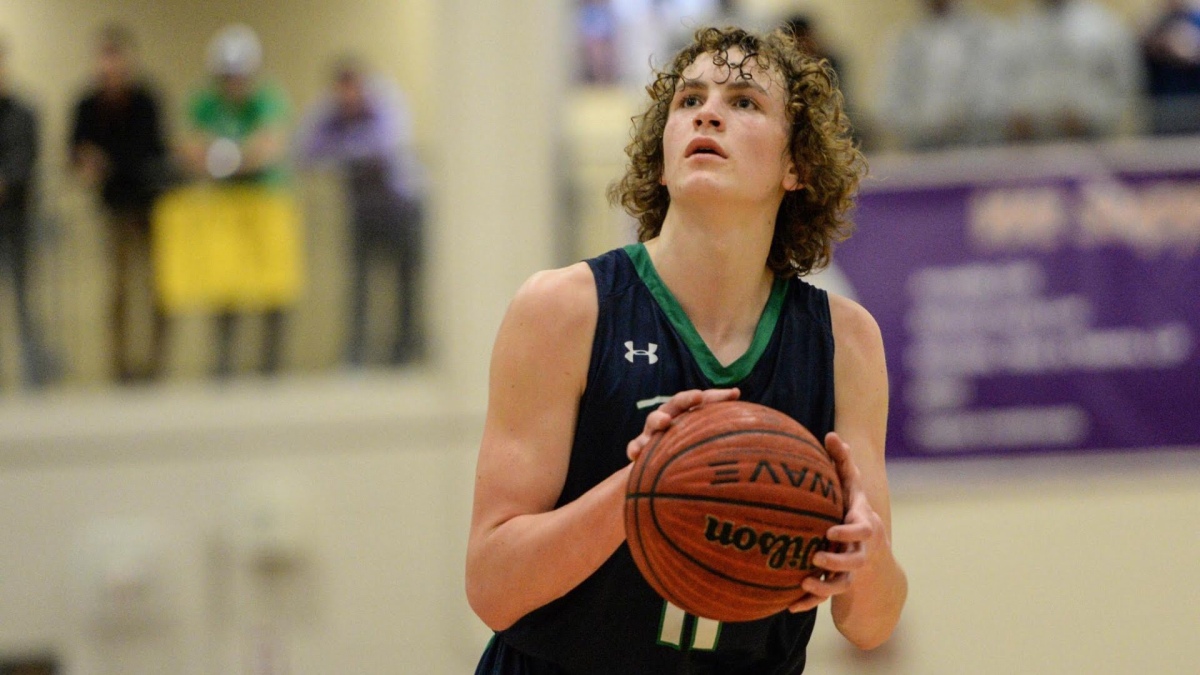 It seems that Coach Cooley and staff have honed in on some promising 2021 recruits and have a clear pecking order for who they want to land. With that said, recruiting can be quite fickle, so it is always important for a coaching staff to have on their radar a plethora of player options.

I’ve done some research on players I want to see Providence begin to show interest in, as I feel these recruits would be receptive to Providence and playing for the Friars.

You’ll notice a similar trend with the majority (not all) of these recruits – attending an academically challenging private/prep school on the East Coast. It is important to find those type of players so the transition to a college like Providence is a bit more seamless.

1. Carter Whitt – Raleigh, NC – With the Friar staff having inroads in North Carolina, I’d like to see Cooley kick the tires on this kid. He is a true point guard that would fit well with Providence. He’s a highly touted recruit, so I doubt he leaves ACC country. At the end of the day, he may be a kid UNC and Duke passes on, and this is where Providence can have some success in ACC Country.

2. Josh Beadle – Columbia, SC – Another Carolinas prospect that would be a fit at Providence (attends Cardinal Newman – very similar to a PC). We can leverage Jimmy Nichols being from South Carolina to potentially make some inroads here.

1. Jaylen Blakes – Blairstown, NJ – A two guard from NJ certainly understands the appeal of playing in the Big East. It appears Rutgers is leading for him right now. He also holds an offer from Big East foe, Xavier.

1. John Camden – Philadelphia, PA – With Nova off to a hot start to their 2021 recruiting class, Providence may be able to pluck this kid from their city. He attends Archbishop Carroll, which translates well to a school like Providence. Virginia Tech appears to be the favorite in his recruitment.

2. Daniel Nixon – Winston Salem, NC – We’ll see if Coach Battle explores this recruitment due to his familiarity with the state of North Carolina. Temple is trending with this player, so this is a recruiting battle that should put us near the top should we decide to pursue.

3. Sean Durugordon – New Milford, CT – This kid is talented in his own right, with offers from Penn State, DePaul, and Georgia. I am curious to see if Cooley pursues, as it may help land his teammate Bensley Joseph, who we are heavily recruiting and may be considered our number 1 point guard target (https://theprovidencecrier.com/2020/06/10/whos-next-targeting-the-next-pg-recruit-for-providence/#more-2107).

1. John Butler – Greenville, SC – The Friars are going to need a lot of help in the front court next year after Nate and Noah graduate. John is a long, skinny center that would be a nice 4 year player. The instate schools will be tough to fight off in this recruitment.

2. Ryan Mutumbo – Atlanta, GA – I wouldn’t normally list Mutumbo, as he should be a lock to Georgetown. With that said, I’m not sure Ewing lasts another year if a Georgetown doesn’t make the NCAA tournament, so I’d keep close tabs on this recruitment. I would envision Ewing having positive things to say about Cooley should this scenario play out like the above.

3. Samson Johnson – Elizabeth, NJ – Hailing from the Patrick School, this kid would be a great big man target. I expect this recruitment to be heavily weighted towards Big East programs and Rutgers.