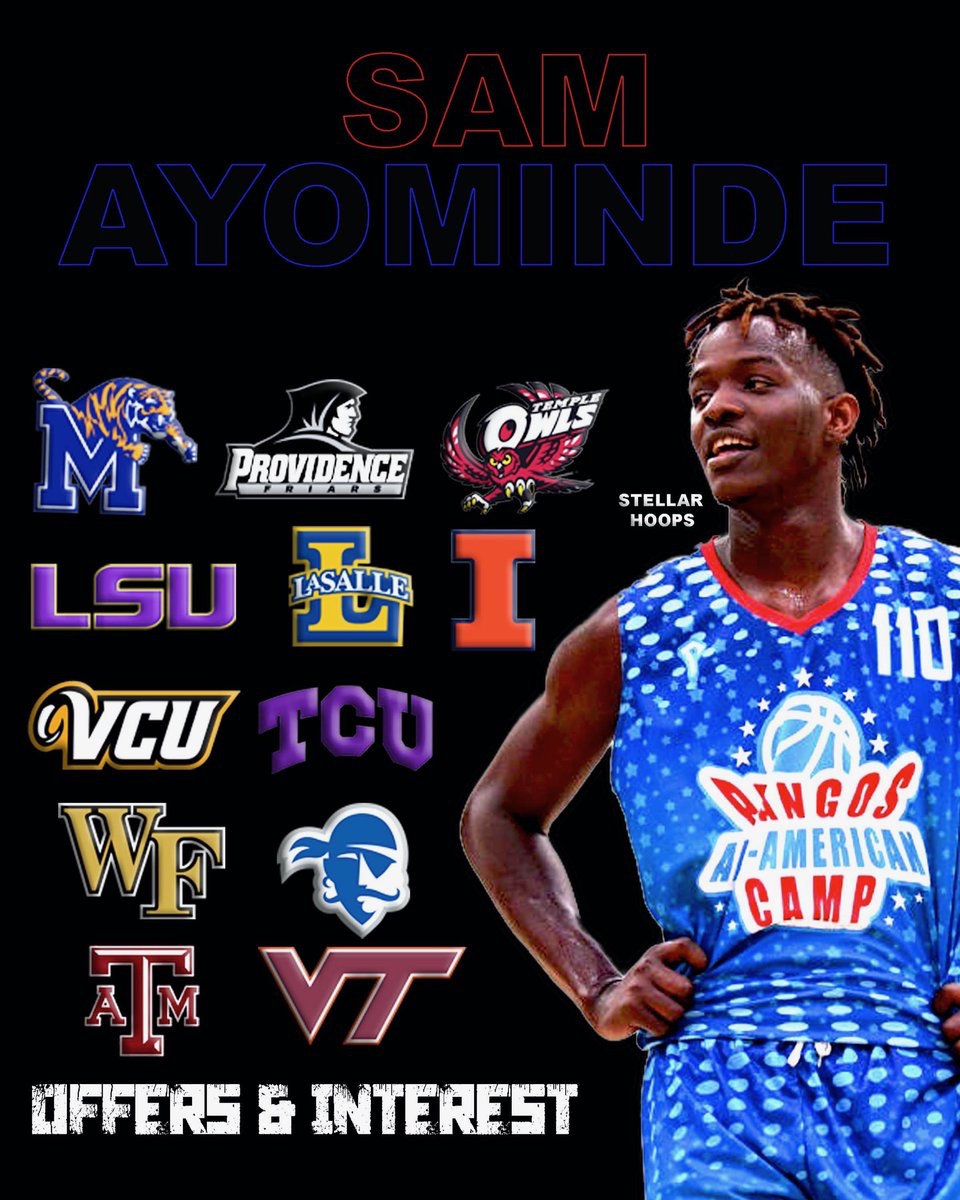 Lost in the shuffle of the Bobby Pettiford Jr decision was an article posted by Dushawn London of 247Sports last Monday. It discussed the Friars targeting 2021 big man Samuel Ayomide. Ayomide is a 6-11 250 pound center from Malvern, PA and The Phelps School. There is a discrepancy amongst recruiting services on Ayomide, with 247 having him unranked while Rivals has him as a 3 star, top 150 player.

PC offered the big man back on May 21st and he currently holds 12 offers— Penny Hardaway and Memphis being the latest. He has already been to Temple on an official, assuming prior to COVID, and recently did a Zoom visit with the Providence coaching staff. There isn’t a ton of tape on this guy so the Crier took a deeper dive.

I was able to find Jerry Meyer’s (247Sports) evaluation of the prospect from 5/21, ironically the same day PC offered, and this what was written from their site.

Has a strong physique and an athletic based game. Plays with aggression and energy. Does his damage around the basket offensively. Gets to the rim quickly. Limited skill wise on the perimeter at this point. Has potential to be a strong defender who can move his feet and block shots.

If you did your summer reading of the London article, Ayomide has been really working on his shooting range and apparently is a capable shooter as a inside-outside big. But before you get the Crier’s evaluation take a peak at some of his tape for yourself.

The Crier tends to fall in love with recruits by watching a few YouTube videos, but his skillset is really intriguing. First impression is that he seems a tad short for 6-11 but the Crier standing in at 4 feet tall is a terrible judge of height so take it with a grain of salt.

He already has a Big East built frame and is explosive in the paint. He seems to possess solid footwork in the post and a soft touch around the rim. As you can see he is putting in time on his jumper and, as it improves, his offensive game will flourish as a versatile dynamic scoring big. Defensively he uses his athleticism to be a rim protecter and a chase down shot blocker. His biggest weakness appears to be his ball handling but not many high school bigs have that skill developed.

Ayomide reminds me a lot of Joel Embiid. WAIT! Before you exit out of the site hear me out. They have similar builds, with Embiid an inch taller, and when Joel was at this point of his career he was far from a finished product. Also take a look at that tape one more time. His shooting stroke is eerily similar to JoJo. It isn’t a pretty release but it is certainly effective. You want a more fair/realistic comp for Ayomide, how about Friartown’s own Ben Bentil. Bentil was a mismatch nightmare during his dominant sophomore campaign, as he was a bully in the paint and able to extend from 3.

The thing I love most about Samuel Ayomide, he seems to like PROVIDENCE COLLEGE a lot. In the London article Ayomide is quoted saying how much he likes the school and it’s small size so they can focus on him. He also mentions the fact he likes the buildings and the attention given to the players for course work. In Bobby Pettiford’s recruitment we all heard how much he loved Ed Cooley, but we never heard anything about the school itself. The fact that Ayomide speaks glowingly about the school is very encouraging.

Bottom line is this kid’s stock is only going to rise in the coming months, and he will be a great get. While we all wanted the flashy guard Pettiford, the PG spot at PC appears to be occupied the next 3 years with Jared Bynum. The big man cupboard is going to be a bit barren once Nate Watson and Noah Horchler  graduate PC next May so he would be a fantastic add. Ayomide is a very intriguing player who I can see being one of the better big men in CBB with some time. If I am Cooley and staff I preach Ben Bentil’s quick development, our love of versatility and FIT, as this appears to be a perfect match.

8 thoughts on “In Search of a Big: Friar Target Samuel Ayomide”