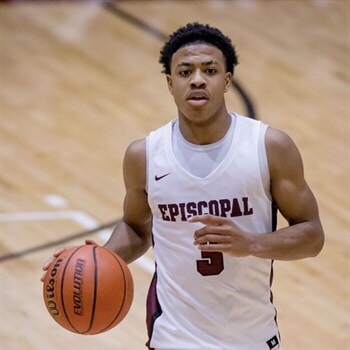 With Bensley Joseph committing to the University of Miami, Providence has missed on yet another recruit to an ACC program. If you recall, Providence came in second to landing a different point guard recruit in Bobby Pettiford Jr. He had committed to Louisville, much to the chagrin of Providence fans. The day of his commitment Cooley and Staff had a virtual Zoom meeting with Joseph, so it appeared Cooley was zeroing in on Joseph as the contingency plan.

Losing out on another point guard certainly stings, and it continues the trend of players committing to ACC programs over us (Thompson to BC, Pettiford Jr. and Wiznitzer to Louisville).

With Providence striking out on their second point guard recruit, where do they turn now?

Darius Johnson is a 6 foot point guard from Virginia. The 247 Composite rankings have him ranked 217 overall, so he is by no means an unknown quantity. There are no crystal ball predictions, but his recruitment has a certain southern flavor to it, with offers from Bama, Florida, Wake Forest, and Ole Miss. Providence is clearly the outlier geographically in this recruitment, but we’ve had some success recruiting the Mid-Atlantic and DMV region (Maliek White and Nate Watson most recently).

In terms of what Darius Johnson can bring to the table, the first word that comes to mind is tenacity. He is in constant attack mode on the offensive end, driving into the paint at will with crafty finishes near the rim. On defense, he hounds the opposing point guard, leading to turnovers and fast break points. He seems to be the pesky, annoying point guard that Cooley so often cherishes.

His three point shot is improving and makes him a threat from beyond the arc. He isn’t afraid to shoot it, but we’ll see if that translates in college. It is too early to tell with limited sample size at this point in his career.

Johnson’s strengths appear to be scoring first and foremost. He is a score-first point guard, but does have clear passing ability, as illustrated in several highlight clips.

Lastly, he comes across as highly athletic, as a lot of his highlights at the rim can be at or above the rim. If you were to rank the athleticism of our three recent point guard recruits, I’d go: Pettiford Jr. – Johnson – Joseph.

There are both positives and negatives to a point guard joining the fold for the Friars. The upside is that a player doesn’t have to be forced to play immediately and can take their time to acclimate to the college lifestyle. Jared Bynum will have 2 more years of eligibility remaining when a class of 2021 point guard officially steps on campus, so whomever chooses to join the Friars likely won’t be expected to start until their Junior year. Being able to slowly adjust from high school to college with no expectations thrust upon you can be a good thing.

I think back to MAL, his high recruiting ranking, and expectations of him to succeed Kyron Cartwright seemingly from the moment he stepped on campus. He would have been better served learning under a veteran point guard for 2 years. But I’m going off on a tangent here…

The waiting game, however, can be painted in a negative light by other programs. Regardless of your ranking, most high school players think they can be “the man” Day 1 in college and don’t want to wait two years to start. Bynum is the likely starter for the next 3 years, and that may be a tough pill for some recruits to swallow. It would certainly take a mature individual to see the value in learning behind a seasoned point guard for a few year before taking on a starting job.

If the Friars don’t land Darius Johnson, where do they turn?

The message boards may revolt on the program (I say that in jest – somewhat…), but if the Friars strike out on Johnson as well as Pettiford Jr and Joseph, I think they should look at the following players more heavily:

Carter Whitt: I am beating a dead horse here, but he’s a Top 100 nationally ranked player from North Carolina that is playing his senior season in New England. He seems like a stereotypical fit for Cooley’s team. There must be a reason he hasn’t been pursued to date by the Friars, but I’m not privy to that.

Kyrell Luc – I may be on an island on this one, but I’d like to see Cooley kick the tires on the Mass Rivals point guard. He seems to be 5’9 at best, but he is extremely explosive and may be another one of those Mass Rivals players who explode on the scene their senior year. His recruitment has a mid-major feel, but in a COVID environment, finding a diamond in the rough is likely easier than in normal recruiting years. It also doesn’t hurt to keep taking on Mass Rivals players.

Pass on Point Guard and Start Heavily Recruiting 2022 Class – I am never one to wave the white flag and admit defeat, but at some point you need to stop reaching for other point guard recruits and simply move on to the subsequent class. If Bynum stays healthy, there is no real dire need for a point guard in the 2021 class.

Also, skipping on a point guard in this class and getting one in 2022 means that that player will only be on the bench for a year before likely taking on the starting point guard spot as a sophomore. That is likely much more appealing than waiting until your Junior year.

So…we’ll see what happens. I think most Friar fans are getting anxious to see us land a recruit for the 2021 class. Seeing us miss on recruits while other Big East programs are hitting their recruiting stride has left many fans pondering why we aren’t having similar success. Going the transfer route is great every now and again, but it isn’t a recipe for continued success.

3 thoughts on “Where Do The Friars Turn Now? Point Guard Options”