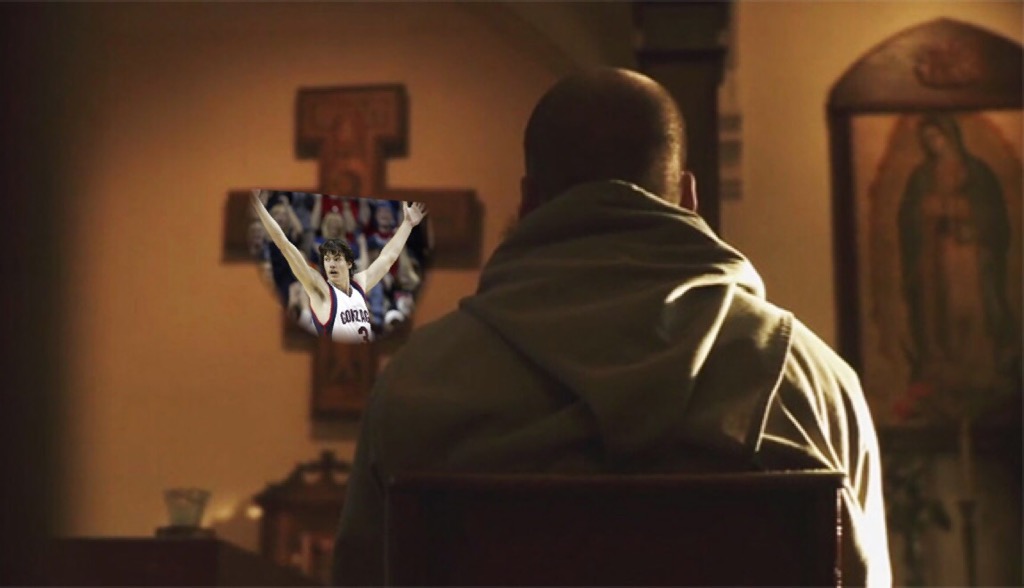 Thought I’d start this season with introducing a new segment on the blog, it’s called Actually Posting Blogs. No, I ‘m kidding, I think a little self-deprecation is good for the soul. Listen I know I haven’t posted a lot over the offseason but if you follow me on twitter (@ProvidenceCrier) you will see I have been active this summer. I even got into a serious twitter beef with Makai Ashton-Langford’s dad, so glad we don’t have to deal with that twitter handle all year long. I will be posting a ton this season I swear, it is the Year of the Crier Propechy after all! May also start a Crier Podcast this season as well so stay tuned. The newest recurring article I wanted to get the season started with is called Prayers From The Crier, we are a catholic institution after all. Basically, the Crier will ask for a lot of things from the College Basketball Gods throughout the season. It won’t be weird, well it might be weird but in a good way, not an overly religious way. If we want the Crier Prophecy to come true better start praying to those CBB Gods and what better time to start than tonight on the eve of the first exhibition game. So here it goes!

I pray to you tonight on the eve of this glorious season seeking a few things I hope you can bless the boys with this year. I ask for only three things you bless the squad with. Bless us with an efficiency of a Belmont’s Rick Byrd coached offense. If that is asking for too much may it be a Greg McDermott efficient offense, I won’t get greedy. Our offense was fucking trash last year and it was painful to watch. We thank you already for trying to help us with this problem with grad transfer Luwane Pipkins. Secondly, I ask you to bless us to play with the passion of Gus Johnson at Batista With the Catch. Normally a stalworth for an Ed Cooley coached team, the guys seemed like they rarely had any fun out there. Certainly losing will do that to you but the boys got to nut up, which brings me to my final request. May you bless this team with the Onions of the Raftery! Another stalworth of Ed Cooley teams but it seemed our balls never fully dropped last season. David Duke and AJ Reeves sound like awesome guys and they shouldn’t change who they are off the court but how bout showing a little of that nasty on the court this year fellas. With those two growing up along with the entire roster plus the additions Pipkins and Emmitt Holt I’d expect the Friars to have big stones this year. I know I said I’d only ask for three things but one more. Could you bless us with the Luck of Sister Jean?? Every tournament run needs a little luck, as we saw last year with UVA.

As for our first exhibition against Stonehill tomorrow I pray for our health. I wasn’t going to bring this up but did you really have to have a few of our guys already banged up CBB Gods/?? I just ask that we don’t have another Kris Dunn vs RIC incident again *knocking on wood*. Before I leave you I would be remiss not to thank you CBB Gods for all the good you have done for us. You have given us Ed Cooley, the Ruane Development Center and this article by Matt Norlander listing us as dark horses to win the National Title.