The Providence Friars visit Austin and the Texas Longhorns Friday night looking to go horns down and wrap up non-conference play with a big win. PC (9-3) have won two straight games after losing their second league scorer in AJ Revees. In his absence, junior guard Maliek White has stepped up his game. Since entering the starting lineup two games ago, White has totaled 34 points, 10 assists and has brought some defensive stability at the 2-guard spot. For the Longhorns (7-3) it has been a bit of weird start to the season for Shaka and his brahs. Texas started off the season 5-0, including a win over UNC, but followed it up with a loss to Michigan State, and then inexplicably dropped two straight home cames to Radford and VCU. The last time the Friars and Longhorns met PC lost at the buzzer to a controversial shot by now Houston Rocket PJ Tucker, so expect for an exciting contest. With that here are my thoughts going into this one.

This PC Friar basketball team may be the most athletic in the Ed Cooley era but Texas has a ton of athleticism to boast themselves. It all starts with the Longhorn’s senior guard and leading scorer Kerwin Roach, who is an athletic FREAK. He was all-state in Texas back-to-back years in track and field’s triple jump, including holding the state’s triple jump record. Roach can jump out of the gym and if you don’t believe me take a look.

So as you can see this Texas team is very athletic which plays well in Shaka Smart’s patented Havoc Defense. The Friars are going want to value the ball in this one and try and challenge the Longhorn’s athleticism with our own. 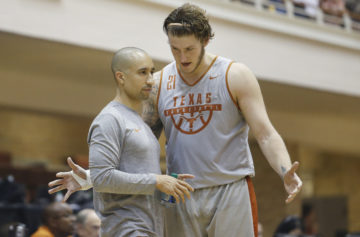 Say hello to Longhorn’s senior big man Dylan Osetkowski— think of a rich man’s Ray Hall. Osetkowski is an absolute load at 6 foot 9 inches and 250 pounds and uses his massive frame to dominate the paint and the glass. Dylan also isn’t afraid to take his game beyond the arc albeit he isn’t shooting the three-ball at an efficient clip (28%). Imposing big men have given the Friars some trouble this season and in years past. In a loss to Michigan the Friars struggled against big men Iggy Brazdeikis and Jon Teske. Against UMass Rashaan Halloway didnt have a huge game but his fat ass did cause some problems for the Friars, so they cant let Dylan Osetkowski dominate this game.

When looking to win on the road it’s always important to take care of the basketball and hit your free throws. It is also important that your star player comes to play. Alpha Diallo has seemed to get over his BD (bucket dysfunction) that he suffered in back-to-back games vs URI and BC. Diallo has answered with 55 points over last three games and the Friars are going to need him to score against Texas. He needs to be looking for his shot early and often, as well as be a magnet on the glass. Maliek White is going to be looked on to score as well but it’s Diallo who needs to show why he was selected 1st team All-Big East this offseason. PC is going to need all the offense they can get with AJ Reeves being out and theyre going to have to lean on Diallo to provide.

Had the Friars not blown a 20-point lead against UMass they would be going into Austin playing with house money. While this game isnt a must win for the Friars, they would really want to go into Big East play with 10 wins. Although it was against inferior talent the Friars have been much better defensively and they better hope the defense can travel. As much as I would love kick back on my couch, slam a beer in one hand and go horns down in the other I dont believe the Friars will pull this one out. It just seems like a tall order to go on the road to Texas right before Christmas, against a team that might be the most athletic we face all season. I think we will compete and can definitely keep it close but we will look back at this one saying if only we had AJ Reeves. 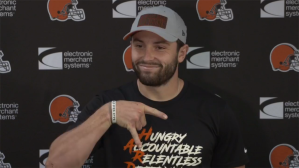