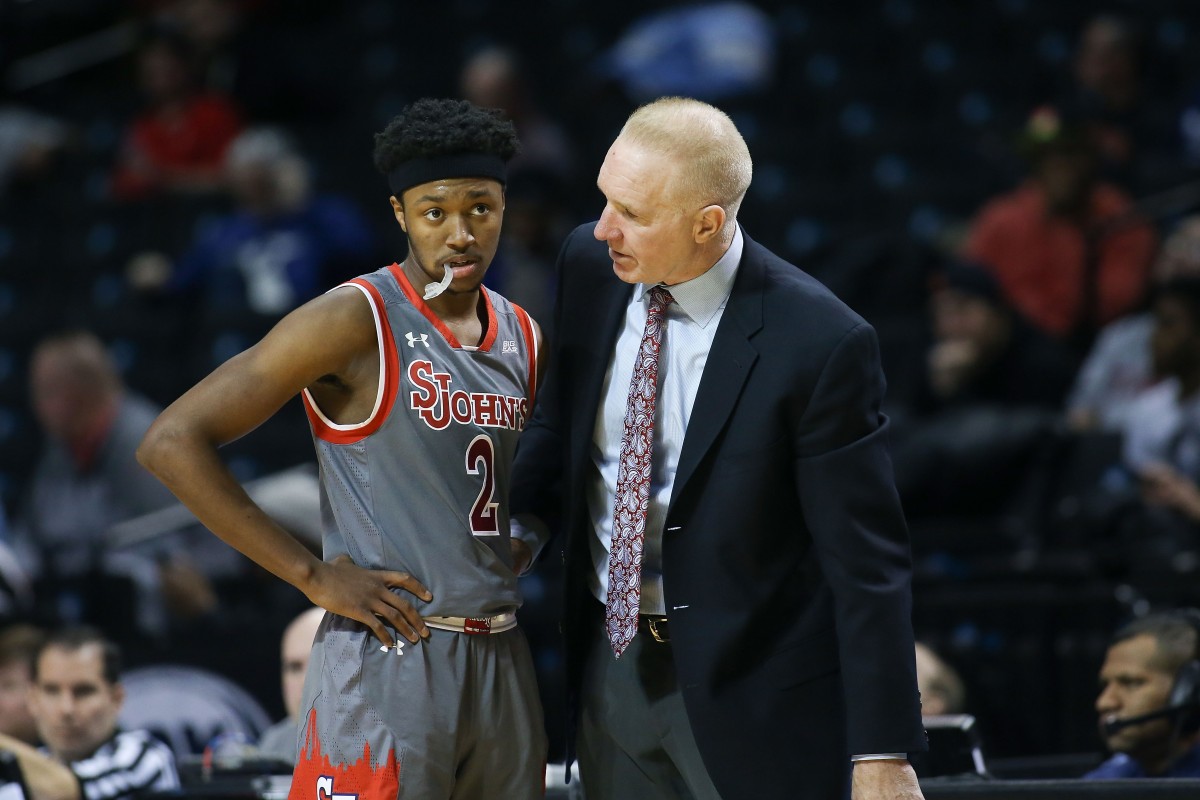 The Friars (9-4) will open Big East play on the road for the second consecutive season, as they visit Chris Mullin and the St. John’s Red Storm tonight at Carnesecca Arena in Queens. St. Johns (10-2) are coming off a 77-73 victory over St. Joe’s in the Hall of Fame Holiday Showcase, the same event where the Friars fell to Houston 70-59. The Johnnies are led in scoring by Shamorie Ponds (20.4 ppg) and in rebounding by Arizona transfer Justin Simon (8.2 rpg). Both teams are currently dealing with injuries as the Friars’ Kyron Cartwright and Alpha Diallo, along with St. Johns’ Marcus Lovett all appear to be game time decisions. Given the way the season has gone lately the Friars really don’t want a repeat performance of last year dropping their first two Big East games on the road, so tonight is a big game for the team. So with that lets get to my keys to the game.

Crier’s Keys to the Game

Although Shamorie Ponds has seen his point production increase from freshman to sophomore year he is having a down year shooting the ball. He is shooting 39% from the floor and a dismal 21% from beyond the arc. Despite his poor shooting from three Ponds still doesn’t hesitate to shoot from there attempting over 6 shots from downtown a game. Ponds is most effective off the dribble, attacking the basket where he either finds a teammate or finishes on his own. The Friars are going to want to stay in front of Ponds and turn him into a jump shooter to avoid him lighting them up. If Cartwright does in fact play tonight I think  Cooley will need someone else to guard Ponds because Kyron, especially on a bum ankle, wont be up for the task.

Tariq Owens may not kill you in terms of scoring or rebounding but the guy is a legit rim protector. Owens, who once played for the Tennessee Volunteers, is averaging 3.7 blocks per game and as pointed out by Jon Rothstein has really emerged since becoming a starter. It will be interesting to see if Cooley tries to go small on offense to get Owens out of the lane. If the Friars decide to have Bullock at the 5 they can use his ability to stretch the floor and thus pull Owens out of the paint. The Friars are going to want to make outside shots as well to avoid SJ from packing it in defensively. If the Friars spend the night getting denied at the rim by Owens they could be in for a long night.

Give Bullock Help on Offense

The past two games Rodney Bullock has made up 37% of the Friars offensive production and that’s go to change. I usually get on Bullock for his shot selection but the offense has been so bad lately that its hard to blame him for some of the shots he takes. If the Friars want to win tonight they need Bullock to score but someone else is going to need to step up. Even if Cartwright and Diallo play its hard to expect a ton from either of them so I am looking at guys like Isaiah Jackson, Jalen Lindsey or Makai Ashton-Langford to provide a spark for the Friars offensively. If the Friars just rely on Rodney for the bulk of the offense tonight expect an 0-1 start to the Big East season.

Even though they only won by 14 points against a subpar Sacred Heart team the performance was encouraging. The Friars had a comfortable lead throughout and I saw them play with more fluidity on offense. The problem is the fact I’m encouraged by a 14-point victory over Sacred Heart shows how bad things have gotten for the Friars. This is the same Sacred Heart team that St. Johns pummeled en route to a 35-point victory early in the month. In terms of tonight you hope that the week off did the teams well in terms of health and if Marcus Lovett cant go for SJ it could be a huge boost for the Friars. I think the Friars will compete tonight and make things interesting but ultimately wont be able to keep up with SJ on offense.