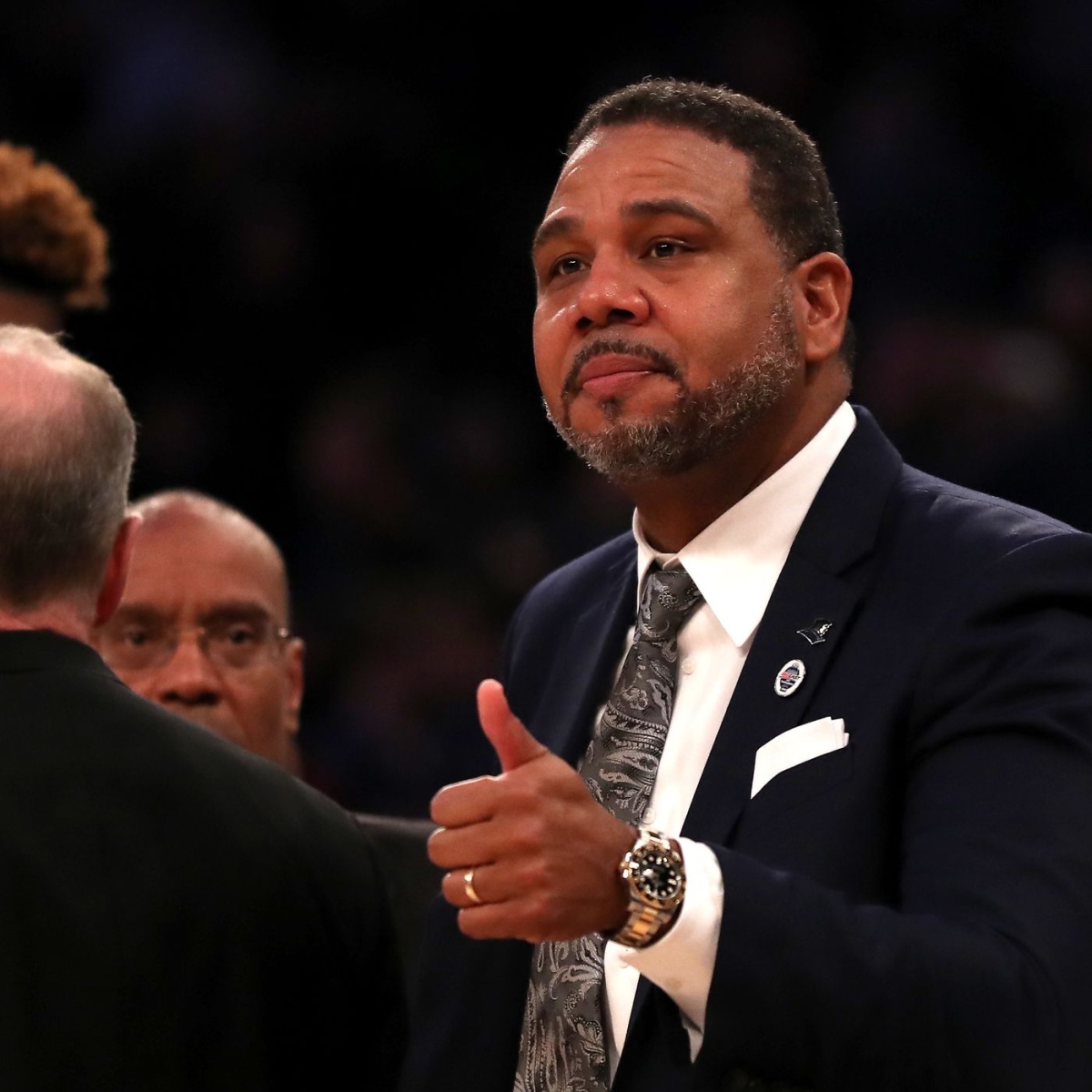 The Crier and I have compared Bynum to VanVleet, Pat Beverly, and Jevon Carter, so it’s safe to say any thoughts of us overlooking Bynum are out the window.

It is no surprise that the PC squad after this season is in desperate need for replenishment of big men on their roster. So, it wasn’t a shock to see another big man get interest from the Friars. What was surprising was seeing Cooley and staff go away from the comfort zone of the Eastern Seaboard and express interest in this international big man. The 6’11 2021 center from Canada (he reclassified from 2020 to 2021) is emerging on the scene with interest also from New Mexico, Clemson, Butler, and Arizona State.

We’ll see how serious the interest is moving forward, but I appreciate Cooley continuing to extend show more interest in big man recruits.

Here are some highlights below:

The Crier wrote an in-depth piece on the transfer big man and what he would bring to the Providence program. See that here: https://theprovidencecrier.com/2020/07/09/friars-reach-out-to-ben-stanley/#more-2302

I’ll try not to belabor the point any further, but I think this would be a huge pick-up. It may not immediately solve our front court issues for next year (he is only listed as 6’6), but his Rebounds and Blocks per game signify he plays bigger than listed. Sign me up.

As an aside, while Cooley has struggled in recent years on the high school recruiting trail to land his primary targets, he seems to have a ton of success on the transfer trail. Over the past 4 years, he has landed Goodine, Croswell, Horchler, and Bynum. This may be the recipe to “staying old” and staying in the top tier of the Big East to offset the recruiting misses on the high school circuit.

I wrote about Whitt in my article on recruits I’d like to see Providence pursue (https://theprovidencecrier.com/2020/06/23/2021-recruits-id-like-to-see-providence-go-after/#more-2209). I presumed that with our NC recruiting ties we’d express interest, given our need for another point guard and skill set of Whitt. Whitt is a nationally ranked Top 100 PG.

Whitt moving to New England may increase the likelihood Cooley & Co. jump into this recruiting battle. This is one I’m watching very closely.

Coach Cooley and Coach Mac are chasing after a few similar recruits it appears. Creighton recently offered this past week North Carolina wing Lucas Taylor, a 2guard that the Friars have been on for some time.

I still have my doubts Taylor leaves ACC country, but to see a Big East squad from Nebraska offer a guy in North Carolina speaks volumes to the type of talent programs see in this player.

Creighton is also after Alex Karaban, the 2022 recruit from New England. The Friars were Karaban’s first major offer, so we’ll see in the coming months who really emerges as the programs in the hunt to land his services.

With the Ivys cancelling fall sports, it is a breath of fresh air to see that the 2020 Maui Invitational is still on. This can change in a moment’s notice, but it would be excellent to see the Friars hooping over Thanksgiving weekend.

The Crier made a bold prediction about the Invitational (https://theprovidencecrier.com/2020/07/01/bold-predictions-2020-2021-providence-friars/#more-2241 ), but I’ll try to be a bit more realistic: just don’t ruin my Thanksgiving holiday weekend like you did last year. Is that too much to ask?

Big pick-up for this Patriot League school, as it rare to see them land a 3 star nationally known recruit.

Tyler was reporting an offer from Providence, but I never got the sense that the Friars were heavily pursuing. They seem to have their eyes set on Bensley Joseph and Darius Johnson.

The Mass Rivals AAU program continues to churn out quality D1 talent year in, year out. That is why I continue to harp on trying to take one recruit a year from there to keep that pipeline healthy and intact.

Both Malik and Kalif signed contracts to play internationally. It is great to see them both continuing on with their basketball careers. As Bryce Cotton has illustrated, you can have immense financial and professional success even if you aren’t playing in the NBA.

Maliek White and Kalif Young will be fondly remembered as Friars. I’d argue that Young was the catalyst that turned everything around last year. May they both have success at the next level and return to Providence as frequently as possible!

Battle was titled by his peers as the number 1 assistant coach in the Big East. I remember when Cooley nabbed Battle. I saw this as quite a coup. If you recall, Battle was an assistant at Wake Forest under the late Skip Prosser and coached CP3. It is no surprise that our guard play has been so dominant under his tenure.

With Battle as Cooley’s right hand man, I think the coaching staff would be complete if we were to add a younger coach looking to prove himself and get after it on the recruiting trail.

One thought on “Friar Fridays: International Big Emerging & Another Transfer Addition on the Horizon?”